Mayday.ai and LUP kick off global efforts for reducing heat wave effects with the UrbanGreenEye contract, supported by the German BMVI and DLR 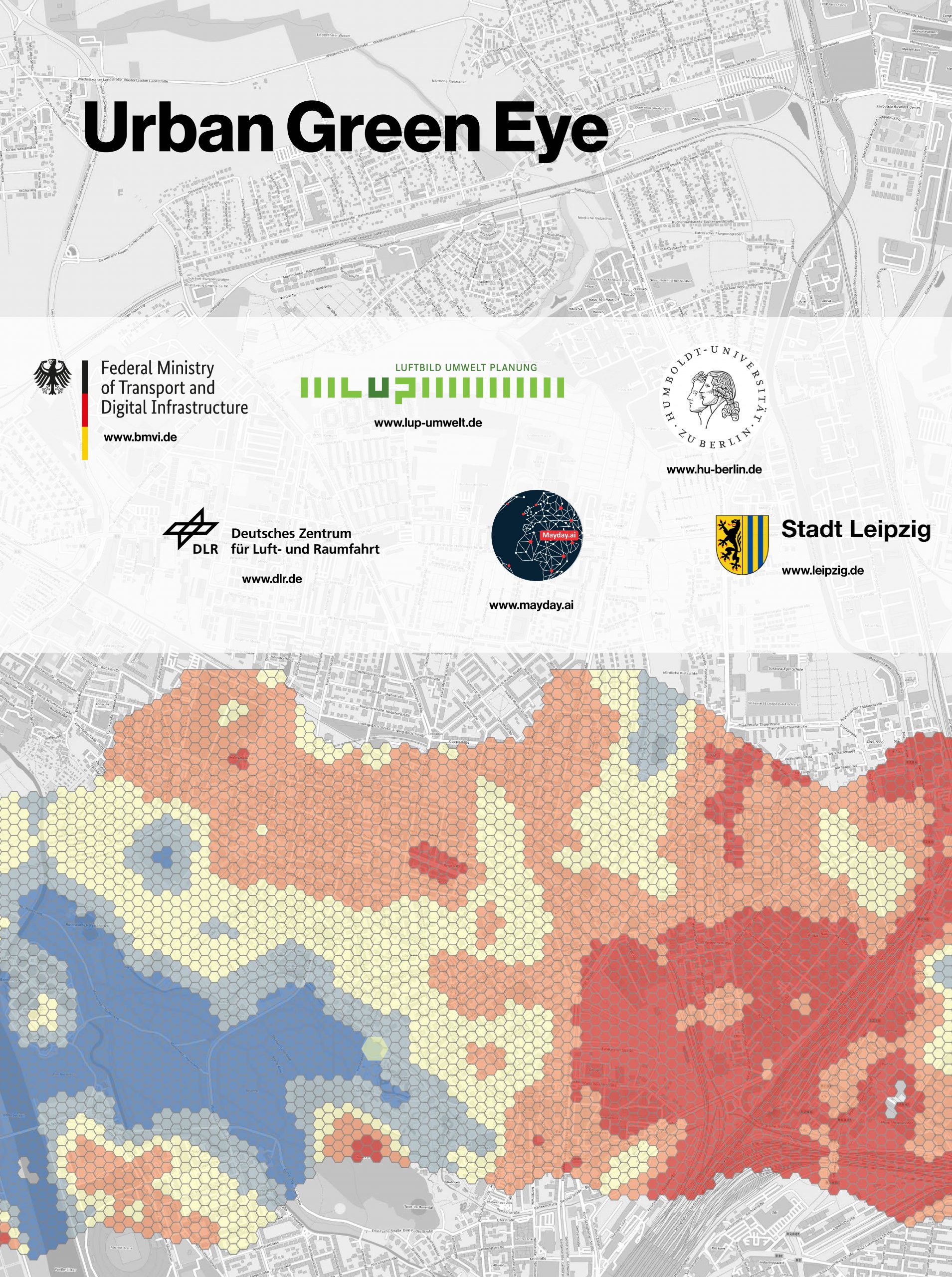 Due to climate change, heat waves are becoming more frequent globally and their damaging  effects are pervasive. Efforts to reduce their impact need to be stepped up urgently.

The German-based companies Mayday.ai – a provider of real time risk and disaster intelligence,  LUP – a remote sensing and environmental monitoring and planning company, Humboldt University Berlin and the city of Leipzig, are joining efforts to mitigate risks related to heat waves starting with the UrbanGreenEye project, which is funded and supported by the Federal Ministry of Transport (BMVI) and the German Aerospace Centre (DLR).

Mayday’s and LUP’s innovative solution will help to reduce heat wave-related risks in urban areas by an intelligent use of remote sensing and AI technologies. The solution will be developed and piloted in Germany and will involve other consortium members like the Geographical Institute of von Humboldt University of Berlin, the German city of Leipzig and a number of German cities as piloting partners.

Mayday.ai and LUP, two leaders in risk and disaster intelligence, remote sensing and environmental monitoring are joining forces to roll-out a risk and disaster prevention product focused on heat waves starting with the UrbanGreenEye project.

The UrbanGreenEye project aims at reducing the effects of heat waves in urban areas and preventing the creation of urban heat islands through intelligent urban planning. The solution will allow decision-makers at the regional and local level to identify gaps in urban planning and suggest preventive measures, like rewilding. It will draw on earth observation data, in-situ measurements and machine learning.

The activity is supported by the German Federal Ministry of Transport and Digital Infrastructure (BMVI) and the German Aerospace Centre (DLR). The instrument supports solutions for climate change adaptation by building on capabilities of the EU’s Copernicus programme.

Mayday and LUP will collaborate on the project with consortium partners, like the Geographical Institute of Humboldt University of Berlin and the German city of Leipzig. In addition, German cities from several regions, including Hamburg, Duisburg, Stuttgart, Potsdam, Gütersloh and Augsburg participate in the project as piloting and validation partners.

“In order to sustainably anchor the added value and knowledge of the Copernicus data for monitoring heat islands in the municipalities, it is important to actively involve urban decision-makers in the project and provide them with expertise to support them. This is exactly what the UrbanGreenEye project is implementing.” stated Lena Schultze Lieckfeld, Programme Manager at the DLR.

While the principal users of the solution targeted by the project are German public authorities, a global version of the solution with additional features and integrating a number additional sensors will be globally rolled out under Mayday’s real time intelligence platform. The platform covers multiple disaster types, all disaster management phases and all geographic regions.

Heat waves are among the most dangerous of natural hazards, but rarely receive adequate attention, since their death tolls and destruction are not always immediately visible. From 1998-2017, more than 166,000 people died due to heat waves, including more than 70,000 who died during the 2003 heat wave in Europe. (World Health Organisation (WHO), 2021: “Heatwaves”, URL).

Population exposure to heat is increasing due to climate change. Globally, extreme temperature events are observed to be increasing in their frequency, duration and magnitude. Between 2000 and 2016, the number of people exposed to heat waves increased by around 125 million. The effects of heat are exacerbated in cities due to the urban heat island effect.

“Deficits in urban green infrastructure and their negative effects can be quantified from space to better direct adaptation measures. UrbanGreenEye strives to provide municipalities with easy access to this data so that informed decisions can be made.” outlined Dr. Annett Frick, Head of Remote Sensing Department LUP Umwelt and the Urban Green Eye consortium lead.

“We are excited to kick off the project in this German alliance, and humbled to have been selected to contribute with our AI data fusion capabilities, allowing heatwave mapping at parcel level. This project will help foster climate resilient communities by providing a surgical blueprint for nature based and rewilding solutions which not only counter heatwaves, but also help with significant decarbonization. A first of its kind, this template will have the potential to be used globally in a highly effective manner.” said Kian Mirshahi, CEO and Founder of Mayday.ai